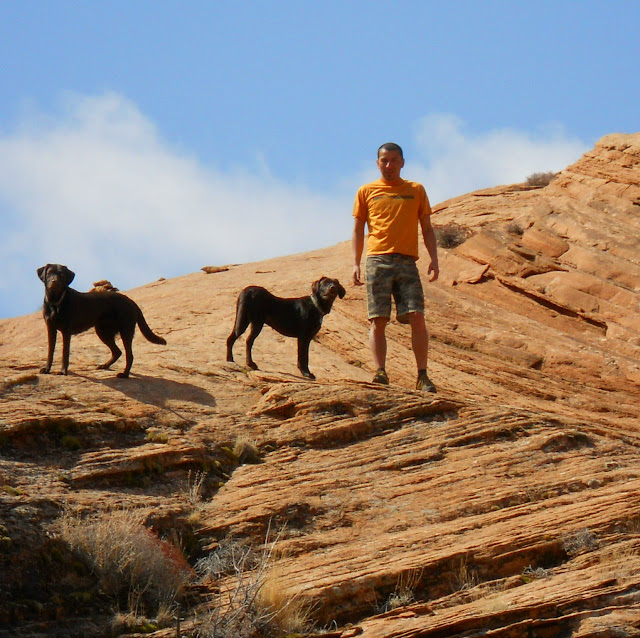 I had an idea about this post. I had some notes written down. I was going to fill it with boring stuff for most of you...excuses of my DidNotFinish at Run Rabbit Run 100...finishing Chicago's Marathon...end of season racing plans...and my hopes and dreams of next years season. Even as I read what I just wrote, it sounds boring...vanilla.

This past weekend, I witnessed something purely amazing. The inaugural Moab 240 mile endurance run. That's not a misprint- 240 MILES, they rounded up from the actual mileage of 238.3 miles. I volunteered myself to pace a new friend who was attempting to complete the triple crown of 200+ mile events, this being the last in the trifecta. I wanted to see it for myself and only a few hours drive away, why not!
What a privilege it was.
The perseverance of achieving such a feet was incredible to witness. These athletes' heart, strength, and determination is immeasurable and contagious. They show the pure essence of limitless and how the mind is our only barrier. Beyond words...
Mike did amazing finishing third at the event and winning the triple crown! Congrats!!

The Ironman World Championships in Kona Hawaii was this past Saturday as well. This race has so much history. Canadian Lionel Sanders was second overall as well as owning the second fastest bike split on that course. He was passes at mile 23 of the marathon, less that 5k from winning the World Championship. In his race recap, he says it only motivates him to do more...What a humble competitor.
German Jan Frodeno was the favorite to win as the two time defending champ wearing race number 1. It wasn't his day. He stopped and walked a bit of the run dealing with hamstring/lower back pains. He didn't quit though. He persevered through to finish. Even in discomfort and the loss of glory, he managed to honor himself and all the competitors by going on.

Lionel Sanders:
"From my experience, it appears that there are no limits, other than the self-created and imposed ones that only exist in your mind."